Was there ever any doubt about this one? This free puzzle game offers a devilishly addictive new spin on the tired old “match the gems” formula. It’s hard to say exactly what makes Candy Crush so addictive. Is it the crisp presentation, or is it the fact that the game always keeps success just beyond the player’s reach? Whatever the reason, we can’t get enough of developer King’s most successful creation to date – and neither can the millions who have made Candy Crush Saga the most popular free game on the Google Play Store.

Ever get the feeling that your phone isn’t running as quickly as it could be? It’s possible that you may be running “garbage” applications or processes in the background. Many phones don’t normally allow you to terminate these processes, but with Rechild’s Advanced Task Killer App, it’s finally possible to streamline your phone and cut out all the junk you don’t need. That means you can devote more processing power to the things you’ve always wanted to do on your phone, like running two Farmvilles at once! Food for thought.

Anyone who’s stepped on something (or worse – run into a spiderweb) on the long, late night walk from the bathroom to the bedroom knows how terribly things can go without a good source of illumination. Luckily, this merciful app shines bright, turning the phone’s screen or camera bulb into a stunningly bright flashlight. That’s it – no frills, no special features. Just one incredibly useful tool and countless feet spared the pain of hidden Lego bricks.

C:Geo offers a live map of nearby geocaching caches with information and GPS coordinates for each one. With a cool zero-dollar price tag, C:Geo can conceivably facilitate some of the cheapest dates in history. Isn’t that what everyone really wants?

For the uninitiated, Geocaching is a pastime favored by hippies and pottery majors where you hike out into the wild, find a small time capsule (or “cache”) that someone else has hidden, and leave your own nicknack or a note in the capsule for the next person to find. It’s a fun, free way to kill an afternoon and get some vitamin D into that waxen, pallid skin.

Whether it’s calling club hoppers to the dance floor or letting a pedestrian know that he’s about to be crushed by an 18-wheeler, the mighty air horn always grabs a listener’s attention. Now, you too can wield this great, terrible power. With a variety of settings, you can choose, for instance, whether an air raid-style siren or a mariachi trumpet might be more appropriate to blast into a coworker’s ear. MDB Software’s free app gives you the power to make these important choices – for good or evil.

Free online translators are somewhat ubiquitous nowadays. What makes this app light years ahead of run-of-the-mill online translation services is its amazing capability to translate verbal speech and text in photos (including handwriting.) We’re eagerly anticipating support for Klingon in the near future.

It’s not quite the real thing, but this limited version of the modern classic still allows you to build your own world from the ground up. Want to build a dark fortress deep underground? Totally doable. Rather build an obese re-imagining of the Statue of Liberty? No one can stop you. And if it’s free, who are we to complain about a few disabled features? If we did, though, it would probably be in the form of thirty-foot tall granite expletives.

There must be a reason people keep coming back to this game almost thirty years after its creation. The cathartic interlocking of four-block pieces must release dopamine into some reptilian part of our brains. That, or Tetris is one of the most ingenious intellectual puzzles ever invented by man. Whatever the case, Electronic Arts’ free Tetris app is everything a Tetris fanatic could ask for. With a variety of features and options for score-sharing, you’ll be able to draw plenty of friends into your spiral of addiction, too.

Circle, the free app from Hawthorne Labs, allows users to stay updated on news, information, events, and people in their local community. Kind of like a newspaper. Welcome to the future!

Let us get this straight. In the past, people hung out and kept in touch mainly with the people they lived near. With the advent of social networking, it became possible to easily keep in touch with people from all over the globe. But now, we’re sick of that, and we’re going back to keeping up to speed on people we live near again, only this time, using our smart phones? That’s progress, we suppose.

Do you want to give your friends and family the impression that your life is more fun and interesting than the chasm of loneliness and monotony you know it to be? Look no further! Aviary’s free Photo Editor app is remarkably powerful, yet streamlined for your mobile device, allowing you to create a carefully-constructed facade of normalcy in your personal photos. With a wide variety of features, including downloadable filters for your images, Photo Editor gives you the options you need to convince your peers that you have value. And you can even do it when you’re on the go (or lying in a gutter)!

This one’s a little odd. In this app, you are responsible for raising a little virtual alien “pet” named “Pou” (yes, “Pou.” ) This means feeding it, playing with it, and cleaning up after it. Over time, you watch it grow and mature. You can even customize it with unique outfits. Basically, as a clean, safe virtual alternative, it’s all the fun of a real pet, without any of the, well, “pou.”

Just like the acne-stricken youth at your local supermarket, this app from Zxing Team scans a product’s unique barcode. Unlike the youth, however, though, the app can give you reviews, pricing information, and contact info. The only thing the teenager can give you is mono. This one is a no-brainer.

This is an all-in-one search app that allows you to search everything on the Web, images, videos, news, blogs and social networks. In addition you can search and book travel, tickets and find local business with deals. Need to do shopping? GoPit has a complete online an local shopping search included. On top of all the great searches, you can share every result by email, message or all the top social networks. This is the first of its kind to fully link search with social networking. 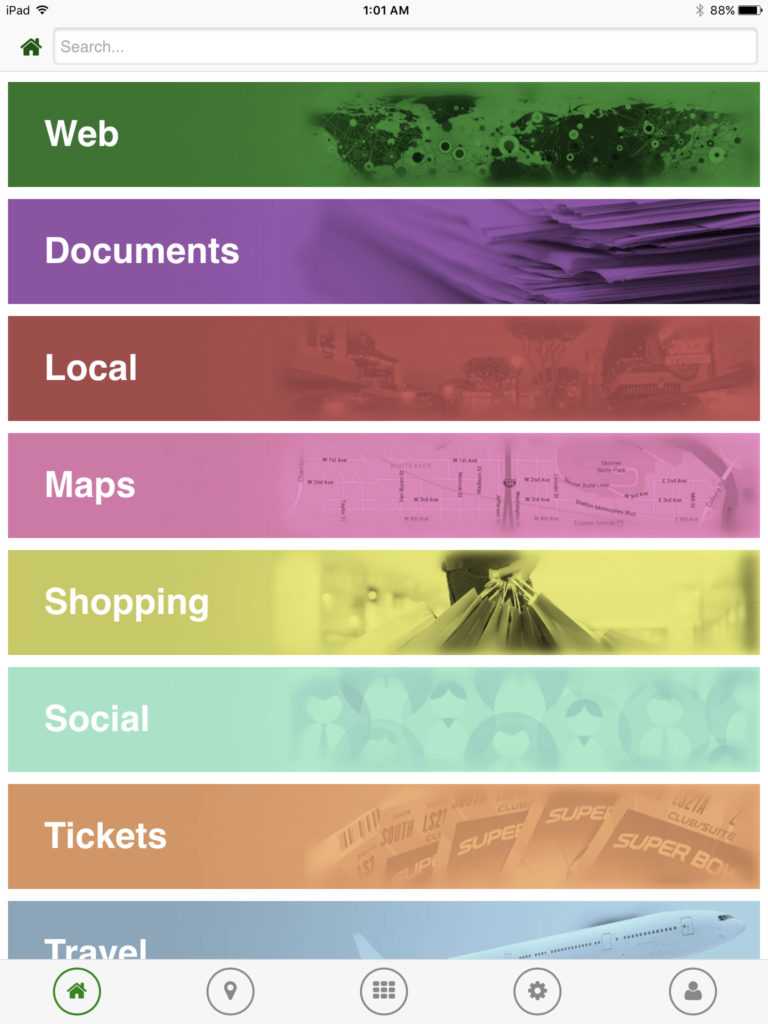 #14 Tip Calculator – For the Scrooge in All of Us

Never worry about giving your waiter or waitress a cent more than they deserve ever again! Roidapp’s free Tip Calculator app makes arguing over the bill a thing of the past. With options that allow the user to adjust the tip percentage and split the bill between multiple party members, it’s easy to know exactly how much each person needs to pay before you make a bolt for the door.

#15 Dots: A Game About Connecting

Disarming in its simplicity, maddening in its addictiveness. Dots manages to toe the line between indie-game chic and Angry Birds-style just-one-more-game crackerjack gameplay to great effect. By basing the game around such a simple, time-worn children’s activity, Dots is able to insidiously worm its way into your subconscious. Before you know it, you’re in a straightjacket, muttering to the shrink that you see a really good move in the Rorschach blot.

#16 Snapchat – This Message Will Self-Destruct in 5 Seconds

Ostensibly a tool for sending snapshots and quick video clips to your friends, Snapchat allows users to take a photo or video, overlay a short text message and/or drawing, and send it out to a recipient, who will only be able to view the message for several seconds. We all know what’s really going on here, though. Snapchat gives us what we’ve always wanted – a way to send whatever nefarious messages we please to our associates without leaving a record.

Customizing a smart phone via typical channels can be a hassle. Ringtones and wallpapers can be expensive, often requiring semiannual renewal fees. Zedge consolidates thousands of free ringtones, games, and wallpapers, making it easy to customize your smartphone to your heart’s desire in minutes. Have a different wallpaper for every day of the week. Customize a phone for your dog! Why not?

#18 Pandora Internet Radio – Take the DJ out of DJing

In a certain sense, Pandora’s free Android app might be the best deal on the Android market. Thousands of songs at your fingertips, minimal advertisements, and automatic playlist composition? Beats listening to a friend fumble through his “Summer Party Mix” or enduring the hack banter of some lame shock jock between songs. The fact that Pandora gives free access to such a large catalog in an age where it’s not uncommon for people to spend hundreds on iTunes makes it arguably the best music app for your mobile buck.